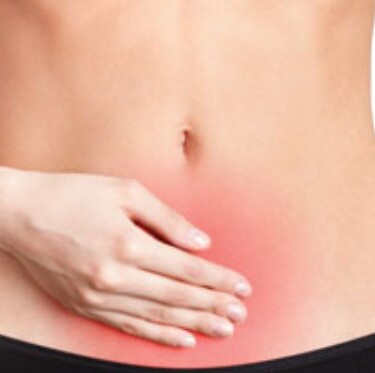 For those who are chronic sufferers of UTI’s, the first thing you must take a close look at is your water intake. Medical professionals will tell you that coffee, tea and other beverages either don’t count or at least are a poor substitute for water. You must look at your water intake.

I have had two long term partners in my life that suffered chronic UTI’s. Any number of things would trigger a UTI; stress, lack of sleep, the wrong pair of pants or nickers. Sexual intercourse was guaranteed to trigger a UTI. Don’t imagine we didn’t extensively eliminate my hygiene as a factor. I submitted to years of Brazilian waxing and finally ten sessions of Brazilian laser treatment to eliminate my pubic hair as a potential irritant and haven for germs. Showers with antibacterial soaps and even using antibacterial gels on my hands and my genital before any sexual contact. None of these actions seemed to make any difference.

When it came right down to it, increasing their water intake during the day help tremendously. Even if they thought they were drinking enough, a UTI was a clear indication that they did drink enough water. But while it helped to prevent UTI’s from normal daily activities it, still was not a solution for the UTI’s that followed sexual intercourse.

After you have eliminate the usual suspects try Vaseline

After years of searching for answers with the first of these partners, we virtually stumbled on the first solution – Vaseline. Without fail, using Vaseline on the vulva and urethral opening prevented the occurrence of UTI’s after sexual intercourse. We also discovered that fucking with a good dose of Vaseline on my cock would suppress the stinging and burning sensations associated with a UTI.

It goes without saying, as long term partners, we were fluid bonded and subsequently, not using condoms. I have no medical or scientific journal I can direct you to on this particular practice, but it is clear that the Vaseline worked as a barrier to stop the inflamed or irritated vaginal tissue rubbing against itself. It probably help to suffocate the microbials. Most things cannot survive covered in petroleum jelly. The initial penetration was not the most comfortable, but I was as careful as I could be and the resulting relief made it well worth while.

What about other lubricants?

There are very recent studies that Raise Questions About Safety Of Personal Lubricants (sic 2012). The focus of these studies relate to STD and HIV in particular, but the report states “… experiments carried out in recent years have indicated that some of the products might be smoothing the way for disease transmission.” and the report sites “In 2002, however, a Phase II/III clinical trial of a nonoxynol-9 vaginal gel ….. actually increased the risk of HIV infection in the sex workers tested…”. This of course applies to lubricants and spermicides on condoms. So any women insisting on using condoms to avoid contracting a UTI from sexual intercourse could, under certain circumstances, be aggravating the problem.

Understanding that the Vaseline was forming a hygroscopic barrier, we subsequently started trialing Silicon Lubricants which provided equally effective. Switching to any type of water base lube or attempting to do without the silicone lube during sexual activities resulted in the instant return of UTI’s. Understand that this is what is called anecdotal evidence.

As of January 2020, I have tracked down two sibling water based lubricants that appear (anecdotal evidence, worth investigating for yourself) that certainly do not promote UTIs as we (my partner and I) use these all the time now without the return of UTI’s

Still, if you are not using any lubricant during sex and you are suffering from post-coitus UTI’s, you should consider using a silicon, petroleum or mineral oil as prophylactic lubricant. These will all create a hygroscopic barrier which should hinder any body fluids and bacteria making their way up your urethra. I cannot back this statement with any specific scientific research, but the science is sound on this as a UTI preventative measure and it is backed by an increasing number of case studies I do have personal experience with.

My current partner suffered UTI’s after sex for years with her previous partner. As soon as I became aware of her susceptibility to UTI’s (that was after the second time we had intercourse) out came the Silicon lube again. Problem solved. No issues for three years now (at the original time of writing and now eight years including the use of my Max Lube).

Let’s face it, if you are a chronic sufferer of UIT’s, you have very little to lose and much to gain by increasing your water intake (no matter what it currently is) and try out my water base of silicone lubes whether or not you use condoms for safe sex.