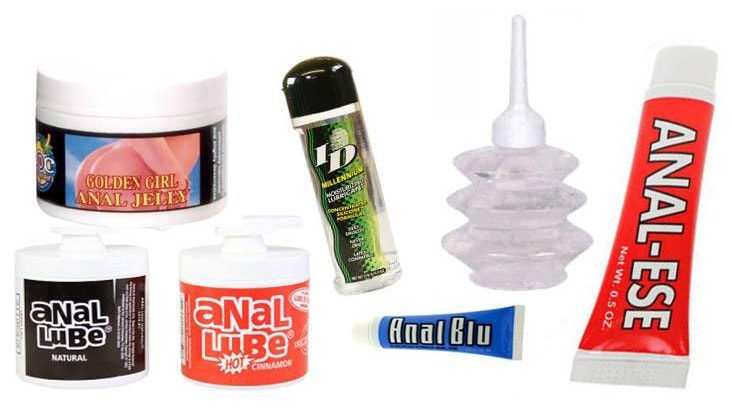 Many find these cheaper solutions a bit awkward and frankly uncomfortable when inserting. Also, the use of oil based lubricants (see below) destroy the rubber plungers which make then wasteful and ultimately, expensive. As a consequence Max Private released the Max Injector which is made from medical grade components. It is designed to last. It is chemically resistant to disinfectants and all types of lubricants. It is easy to handle with a very comfortable nozzle – you only use the very tip of the nozzle.

So when it comes to choosing a lubricant for sexual activities, these three broad categories make quite a bit of sense.

In the context of personal lubricants for sexual play some make the distinction between Organic oils and Mineral oils but due to the similarities in their properties (notably how quickly they break down latex condoms) they are grouped under this one classification. Notably, Silicone lubes that are omitted from this classification and given a classification of their own.

Modern favorites in this category include (but are not limited to) Alpha-Keri Oil, Organic Coconut Oil, Olive Oil (as well as any number of vegetable cooking oils which include Crisco), Baby Oil and Albolene (including home made versions with vaseline as their base).

While these lubes will destroy the integrity of a latex condom there are condoms on the market today that are not effected by these oils. So shop around if you need to.

With the growing awareness of Safe Sex practices the use of water based lubes and notably KY Jelly, surged as they did not break down the rubber in condoms. Even for vaginal penetration, the lubrication found on lubricated condoms is rarely sufficient and after only a short period of action, the condom lube dries up. So KY became a relatively acceptable thing to see in the shopping basket.

Another water based lube that has gain prominence in the Alt Sex communities is J-Lube. Widely used in veterinary applications, J-Lube is not glycerine based. It is supplied in powdered form and you basically add water to ‘taste’ to get the thickness/consistency you want. And it is dirt cheap. However, without a preservative added, it doesn’t keep once you add water. Even if it is refrigerated, it should not be kept for more than a few days and it is not easy to clean up afterwards.

The most disappointing attribute of water based lubes is that they dry out within a few minutes and become tacky. Therefor, Reapplying, adding a bit of water or spit during proceedings is typical. In addition to normal evaporation, the colon absorbs water (that is one of its primary jobs) which puts an end to the water in water based lubes.

The best off the shelf, cheap, drug store product I have found for eliminating virtually all friction is Alpha Keri oil (now available in non-scented form). Just remember you cannot use latex condoms. If you are not Fluid Bonded and you use condoms you need condoms that can withstand oils. Some do exist on the market today.

Alpha Keri is predominantly Paraffin liquid and Lanolin oil. This is not latex condom safe. But with Alpha Keri you can go as hard as you like for an hour and more, you won’t need reapplication.

For best effect, start with a silicone lubricant. If you want to go for a more established brand than I am offering, start with Pjur Back Door which contains “high grade jojoba extracts [to] relax the sphincter and make the skin soft and smooth.” (N.B. This is not a numbing agent.) A little of this product goes a very long way. Use it to massage and anus and gently work it in to the anal canal. Also give the penis a first coat. Then use an Injector to shoot a healthy dose of Alpha Keri into the rectum and apply liberal amounts of that to the entrance and the penis.

However, if you inject oil products like Alpha Keri, as I have recommended, you won’t want to fart in your pants until after you have had a chance to sit on the toilet. If you feel pressure building, don’t chance it, sit on the toilet. This is the same for all lubes injected into the ass, even water based lubes. The good thing about Alpha Keri over other oil lubricants (like olive oil, coconut oil, etc.) is that it disperses in water, so a small (plain water) enema or a bit of a lavage after play will sort that out and you won’t have to worry.

Others will swear by castor oil (it does not act as any kind of laxative when pushed up your ass). Another recommendation is coconut oil which has the advantage to some of being edible. It is seen as being good but for minimum friction and maximum relaxation it is Backdoor and Alpha Keri. Of course you cannot use Alpha Keri with condoms or latex based rubber toys.